Early this year, I started a large group of new monsters. 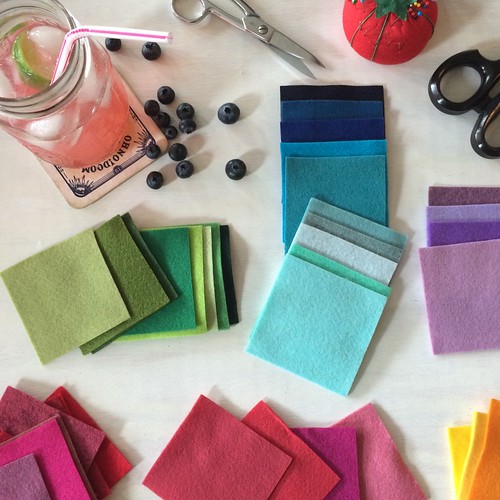 This project changed all of my work for 2016.  In order to create the new creatures I wanted, I needed all new colors to work with. 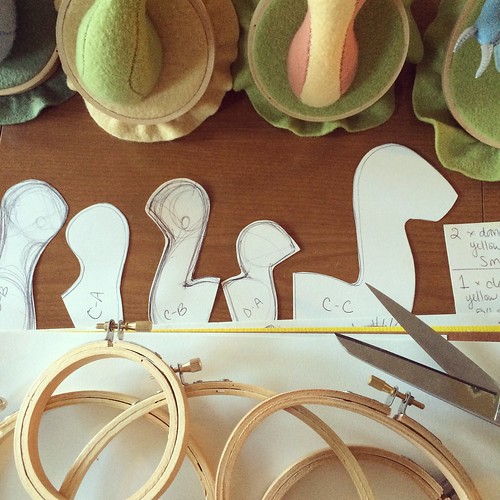 Each monster is unique.  There are twenty individual creatures, with a different pattern cut and stitched all by hand. 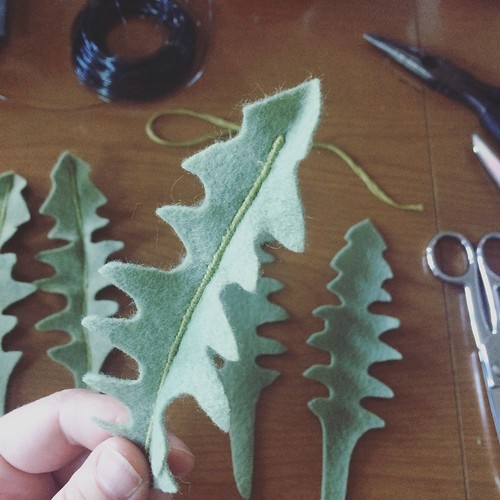 Fun with new techniques - like these wired leaves.  They take ~forever~ to create, but I love the effect so much.  These dandelion leaves became a big part of the collection. 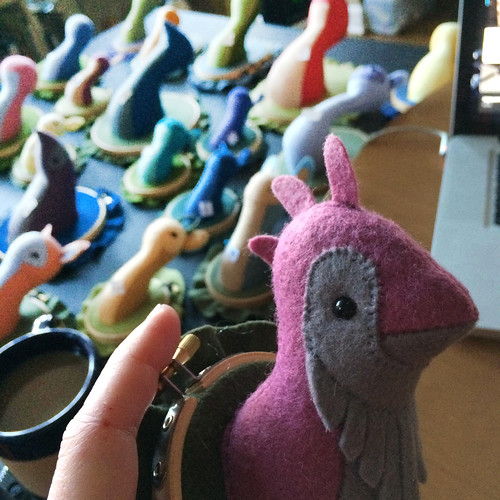 For the last few months I've been sharing the process and progress with my Patreon supporters.  There was a lot of organization and planning, and some changes to the list of which beasts were included and which were cut.  This purple fellow was cut, but he'll be back later. 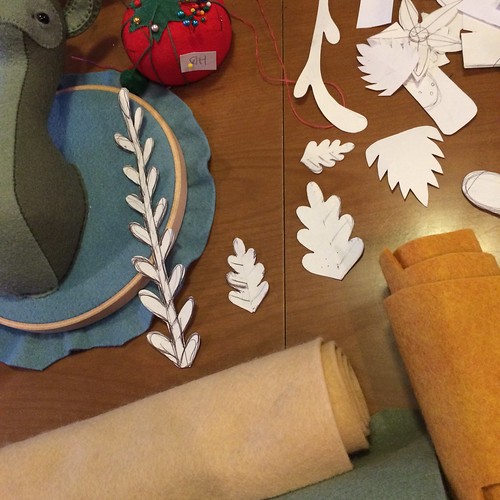 Even towards the end of the year, with the deadline for the show looming, each creature was slowly and painstakingly put together.
Each creature is a different piece in a short story about the magic of Midwest Summer.  The colors and environments were all chosen to illustrate a particular time in the season. 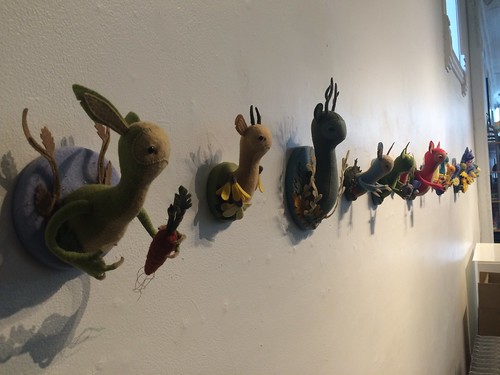 After months of tiny stitches - there was one magic moment on a wintry December Tuesday when all the monsters were suddenly completed, arranged, and on display. 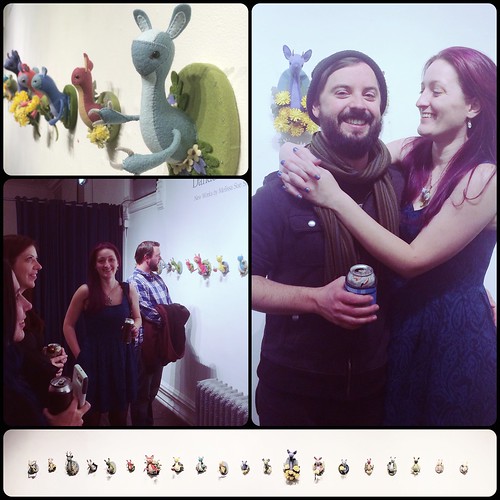 And then, an even more magical evening when the show opened.  So many people braved the weather to come hang out and celebrate!
In the main gallery space Lana and Andrew's show, "Night Fall", was also opening - so it was a total party night!  Their show is dark and beautiful and you should definitely check it out. 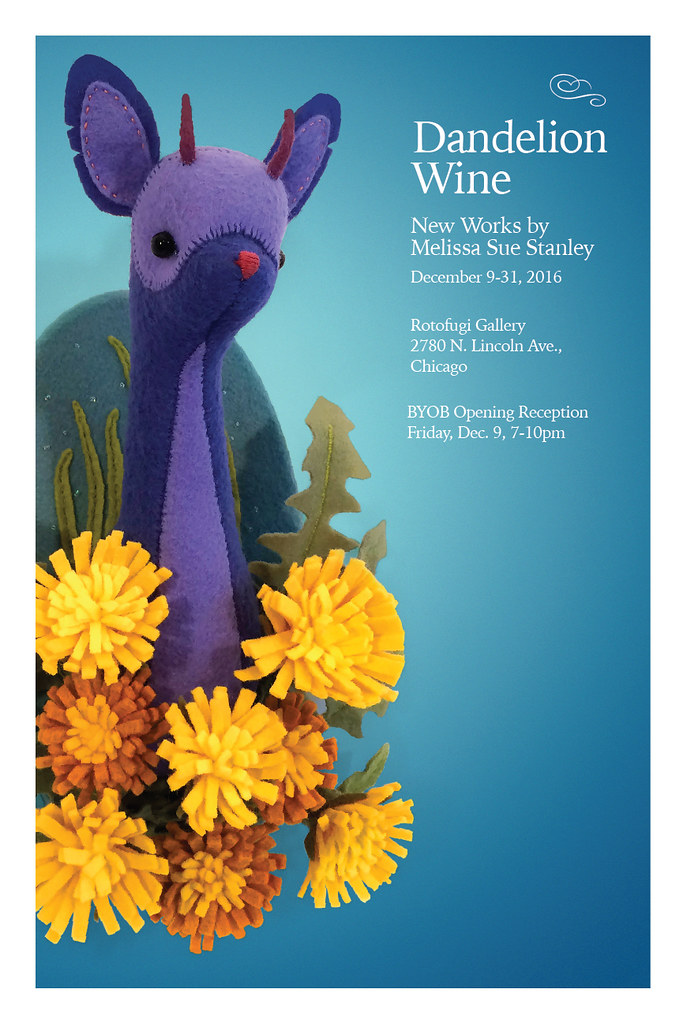 I'll share out some more photos soon - but in the meantime you can see the whole show over at:
gallery.rotofugi.com

There's still some beasts available, so if you're doing some last-minute shopping head over!
The show is up through the 31st, but they'll give you a nifty Certificate that you can wrap up for gifting on the Holiday.